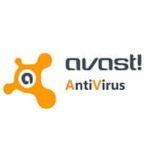 vast Free Antivirus is a professional-grade security bundle intended to provide superior levels of protection against modern threats. New security & privacy features include anti-phishing software, a do-not-disturb mode and a system that protects data-sensitive files from spyware, theft and other forms of corruption. This program is also available for Android, iOS, and Mac.

Designed for 2019 and Beyond

AVAST has been known for developing targeted antivirus products since 1988 and the latest version of Avast Free Antivirus is just as impressive. One of the most impressive features in this updated bundle is the fact that its anti-phishing software has been upgraded to thwart evolving threats. This is a critical concern, as phishing is said to affect one in every 14 users without such protection. Furthermore, this bundle is equipped with an option known as Sensitive Data Shield. This set of utilities & tools will employ algorithms to detect information that it deems to be private (such as names, phone numbers and email addresses). This smart AI then places these documents at a higher priority in order to protect them against any potential threats. A handful of additional antivirus features worth mentioning include secure browsing, proprietary Web Shield technology to scan HTTPS sites for possible threats and an all-inclusive shield against Ransomware.

Streamlined and Centralized for a User-Friendly Edge

This advanced antivirus software bundle is known for its user-friendly nature; a quality which has always been associated with its developer. One example can be seen in a unique feature known as a do-not-disturb function. When a user is in full-screen mode, any alerts and notifications are blocked. This is beneficial in the event that distractions need to be avoided. What is arguably the most impressive feature associated with Avast Free Antivirus is the fact that many of the most critical processes will remain running behind the scenes. A wireless network inspector, a built-in firewall, a webcam privacy shield, and a cloud-based file scanner known as CyberCapture can all remain active while the user is performing his or her daily tasks. Furthermore, streaming updates and an intuitive UI ensure that even novices can get the most out of Avast Free Antivirus.