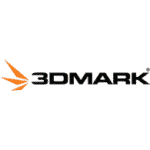 3DMark is a popular gaming performance benchmark used by millions of people, hundreds of hardware review sites and many of the world’s leading technology companies. Detailed charts show you how the CPU and GPU temperatures, clock speeds, and the frame rate changed during your benchmark run. Explore your PC’s performance limits with custom benchmark settings. You can change the rendering resolution and quality across a range of settings. Can your PC handle 4K gaming? Fire Strike Ultra’s 4K Ultra HD rendering resolution is four times larger than the 1080p resolution used in Fire Strike. A 4K monitor is not required, but your graphics card must have at least 3GB of memory to run this monstrously demanding benchmark. Download NOW!

Itincludes everything you need to benchmark your PC and mobile devices in one app. Whether you’re gaming on a desktop PC, laptop, notebook, or a tablet, 3DMark for PC has a benchmark designed for your hardware.

Time Spy Extreme is a new 4K DirectX 12 benchmark test, available in the app Advanced and Professional Editions. You don’t need a 4K monitor to run it, but you will need a GPU with at least 4 GB of dedicated memory. With its 4K Ultra HD rendering resolution, Time Spy Extreme is an ideal benchmark test for the latest high-end graphics cards. The CPU test has been redesigned to let processors with 8 or more cores perform to their full potential.

Fire Strike is a showcase DirectX 11 benchmark designed for today’s high-performance gaming PCs. It is very demanding, even for the latest graphics cards. If your frame rate is low, use Sky Diver instead.

Sky Diver is a DirectX 11 benchmark for gaming laptops and mid-range PCs. Use it to benchmark systems with mainstream graphics cards, mobile GPUs, or integrated graphics. It is especially suitable for systems that cannot achieve more than single-digit frame rates in the more demanding Fire Strike test.

API Overhead feature test – Games make thousands of draw calls per frame, but each one creates performance-limiting overhead for the CPU. APIs with less overhead can handle more draw calls and produce richer visuals. The 3D Mark API Overhead feature test is an independent test for comparing the performance of Vulkan, DirectX 12 and DirectX 11. See how many draw calls your PC can handle with each API before the frame rate drops below 30 FPS.

Stress testing is a good way to check the reliability and stability of your system after buying or building a new PC, upgrading your graphics card, or overclocking your GPU. It can help you identify faulty hardware or a need for better cooling. If your GPU crashes, hangs, or produces visual artifacts during the test, it may indicate a reliability or stability problem. If it overheats and shuts down, you may need more cooling in your computer.