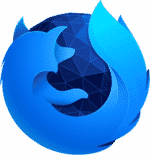 Firefox Developer Edition, also called Firefox Quantum, allows users to get their hands on the latest features and development tools which will eventually find their way into the mainstream, stable versions of Firefox.

One of the main differences between the latest developer editions and the ones from the past is that they’re no longer based on the Aurora channel which has now been scrapped. Instead, the developer version is now based on the Beta channel.

The star of the show is the new, next-generation engine which now allows Firefox to make the most of all your computer’s CPU cores. The effects of those tons of performance improvements are pretty obvious from the first few seconds you start browsing.

Indeed, performance was one of the main goals, but you’ll be pleased to hear that various privacy-related improvements have been added as well. For instance, Firefox Quantum is better equipped to block online trackers, as well as at keeping your privacy untouched than the generation it replaces.

Making life better for web developers, one of the top priorities of this new version of Firefox

Furthermore, there’s a new set of developer tools available, on top of the ones you’re already accustomed to from past versions of Firefox. The main highlights here are the comprehensive JavaScript debugger which is capable of targeting multiple browsers and the support for the CSS Grid which, along with other built-in tools (Style Editor, for example) makes it simple for you to create rich web layouts in the browser.

The Console, Network tabs, and the Inspector have all gained lots of useful new features, as well. For instance, the Inspector is now more suited for CSS work, and the Console supports message grouping and in-line object inspecting.

Refreshed looks thanks to a new user interface called Photon

There are other skin-deep changes as well. For instance, Firefox Quantum introduces a new GUI design-pattern, with a more “pointy” feel, giving it a more modern look. Gone are the curvy tabs, replaced by clear-cut square tabs, and you can also say goodbye to the boring main menu which has been replaced with a new, better-organized one.

Speaking of tabs, note that Firefox Quantum boasts a new type of new tab window which adds the typical list of most-visited websites and a few recommended stories.

All things considered, Firefox Quantum is the biggest leap forward we’ve seen in the last few years, and it’s meant to give Firefox the well-deserved edge over its competition. This is, without a doubt, a very beneficial and a long-awaited overhaul for what is one of the best browsers out there.