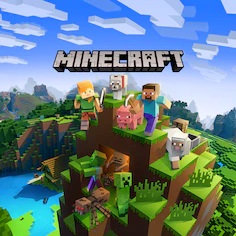 Minecraft: Free for those who want to download and play Minecraft

Block-based action – adventure game, Minecraft, has been on the mobile platform for a long time but is available at a very expensive price. For those who want to play Minecraft for free, Minecraft is driving similar games. In the end, Minecraft was introduced by Mojang, the game’s developer. Of course, the free Minecraft game has a number of shortcomings. While the game is shared by the developer that the popular game modes, like the multiplayer game, are not in the trial version, the game downloaders have commented that the restrictions with special codes can be removed. So I suggest you look at the comments.

You’re experiencing the survival mode in the free version of Minecraft, where you’re exploring endless worlds, building everything from simple houses to majestic castles. You build and develop weapons and armor to defend against dangerous creatures that arise when the night falls.