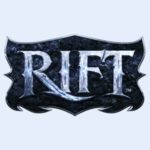 Rift, developed by Trion Worlds, is set within the fantasy world of Telara and was released in March 2011.With millions of players across the world, Rift’s success is always growing and encouraging more gamers to get involved.

The free-to-play fantasy game, described as ‘massively multiplayer’, is simple and fast to download. Fully compatible with Windows 10, the game is constantly being updated to give players a fresh experience.Key features include:

Each player, at the start of the game, must choose between four classes – cleric, mage, rogue or warrior. All can evolve as the player progresses through the ‘tree of souls’. Along the way you can also pick up more elements to personalise your character.

Essentially you will carry out a range of missions, defeating many enemies in your path. This can be done solo or with friends, you will also find battles between platers – the most effective way of gaining experience.

Overall, Rift provides a memorable gaming experience. Even though it is constantly being updated it retains its original charm and straightforward gameplay. With a far-reaching fantasy map and so many players each gaming experience will feel different.