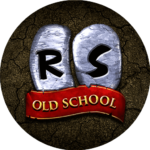 Considered one of the most popular and in-demand virtual worlds out there, RuneScape is set in a fantasy terrain and has millions of players worldwide. This ‘massively multiplayer’ game is now available for a Windows download and is updated twice a month, with fresh quests, challenges and content.

RuneScape’s creators promise that, whatever the gamers’ interests, their game offers something to suit everyone. Characters can get involved with fishing, crafting, cooking and farming as well as a wealth of other missions. Build and maintain your own house in this Tolkienesque setting.Key features include:

Even today, RuneScape remains one of the most accessed and favoured virtual worlds. Gamers, usually between the ages of 11 and 18, can explore towns, dungeons, forests and intriguing building across a variety of landscapes and seascapes. With such a wide and open map, gameplay should never get old.

It is in these settings that gamers are able to lead their virtual lives. According to its loyal audience, that’s the main appeal of RuneScape; the escapism from the material world. Here gamers can create characters and personalities that they wouldn’t normally identify with.

Overall, RuneScape’s reputation speaks for itself. It won Guinness World Records recognition as the world’s largest and most-updated free ‘massively multiplayer online role-playing game’ (MMORPG). Moreover, with the brand having more than 200 million accounts set-up, it offers special memories for gamers of the past, present and future.