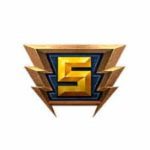 Smite, developed and published by Hi-Rez Studios, will transport you to a mythical battle arena in just a few clicks. The free-to-play, third-person multiplayer game allows you to take control of a God or Goddess and get involved in team-based combat.

Windows users can compete against other players by using tactical know-how and diverse character abilities. Non-player-controlled minions also pop up to give you added headaches. As you gain more battle experience you can power up your characters and purchase in-game features to enhance them further.Key features include:

You can earn and accomplish everything affecting gameplay by simply playing the game and getting rewards as you go. An initial set of playable Gods are accessible to all players for free, though additional characters are unlocked through gameplay. To save time you can also carry out micro-transactions.

Worried about not being able to grasp the need-to-know elements of the Smite world? Don’t be, the game boasts a huge online following, a lively forum and advice on its website or throughout gameplay.

Overall, Smite is a very popular battle game. This is proved by its impressive following, in fact players even compete in the Smite World Championships. Victorious competitors in these games have been known to bring home millions of dollars. However many play the game just for recreation, due to its diverse gaming scenarios and character arches.