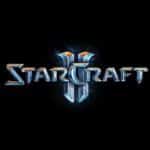 The first installment of StarCraft had thousands of followers, with players all over the world. But it took quite a while for the second part to appear, actually, the followers had to wait for more than a decade for StarCraft 2 Wings of Liberty to be launched.

The second installment of the real-time science fiction strategy classic

In the new installment of the game includes all three races that were included in the original game: Protoss, Terran, and Zerg. Unlike the first installment, StarCraft 2 has been subdivided into three chapters or independent campaigns, each one launched as a separate game.

StarCraft 2 Wings of Liberty places the place in charge of the Terran troops, that are under the command of Jim Raynor, the hero from the first installment, that has now become a mercenary captain.

As in the original game, in StarCraft it is of vital importance to learn how to control the resources that are necessary to be able to build the troops and the vehicles that are used against the enemy.

Therefore, if you are a follower of real time strategy games (RTS), or you simply want to know what all the expectation about this game is about, download and play StarCraft 2, you won’t regret it