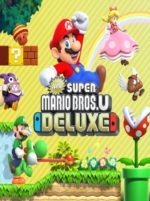 Super Mario World Deluxe is a fan remake of the Super NES version of Super Mario World and is considered to be one of the best Super Mario remakes for the PC. The game isn’t a straight clone such as Super Mario 3: Mario Forever as it does not feature all of the same levels in the original but it does feature the same ​gameplay, controls and game world. The fan developers have also given Mario a different personality from that of the original.