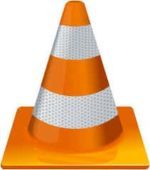 VLC Media Player (64-bit) is a favorite of many video watchers thanks to abundant format support, style, and customization options. There aren’t many videos this app can’t play and play amazingly well. It’s more than enough to be the only video player you’ll ever need on your computer.

In addition to being a universal media player, this app is open source, which means you can find people who create new add-ons and builds for it, as well as create your own version. The basic version of the program is anything but, featuring playlist and streaming support in addition to the ability to play just about any video on your PC. It gives you plenty of screen real estate by placing all of the buttons on its menu at the bottom and making them small enough to be ignored. VLC Media Player (64-bit) lets you add audio and video effects as you’re watching a video for extra fun — and supports more playlist formats for easy, hands-free viewing. It even lets you create playlists on the fly and edit them from inside the app. The app supports extensions and add-ons from all over the Web if you can find them.

The standard version of the program covers most of the bases you need, though. VLC Media Player (64-bit) has consistently been one of the most popular video players for years, and that isn’t changing anytime soon. It gives users more flexibility and format support than most other players and stays on the cutting edge in terms of features.