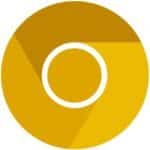 There are many channels that you can download for Google Chrome, such as Canary, developer, beta, and stable. Before the final version of the web browser is made available to the public, it goes through these four cycles.

Anyone who wants to test the next version of Google Chrome Canary and try out its latest enhancements and features can do so with the beta channel. Although it may be buggy, you’ll get to try out the newest tools which are still being worked on by the developers. You’re allowed to offer feedback about your experience using the beta channel too.

Google Chrome is powered by the open-source engine called Chromium. Because of its open-source license, developers are allowed to test out the Canary channel and developer channel of the browser, report any glitches or bugs they encounter with it and modify the web browser to make it better. That way, it can have a stable release which is not so glitchy.

Google Chrome Canary gets the latest enhancements, tools, and features first. They are open to early adopters and developers for testing purposes. However, Canary is a channel with the most instability because there are frequent crashes and breakdowns. Also, it may have a few features which are not included in the stable release. It all depends on what the tests show for it.

You are not supposed to use Canary on a regular basis. Google actually tells users that they cannot set Canary as their default browser because it is so unstable. But they can use the Canary channel alongside the stable edition, which is something you can’t do with the developer or beta channels.